by Rahul
in India, News
0

27
SHARES
193
VIEWS
Share on FacebookShare on TwitterShare on Linkedin

Passengers register at a counter before being tested for COVID-19 at a bus terminal on Wednesday in New Delhi. 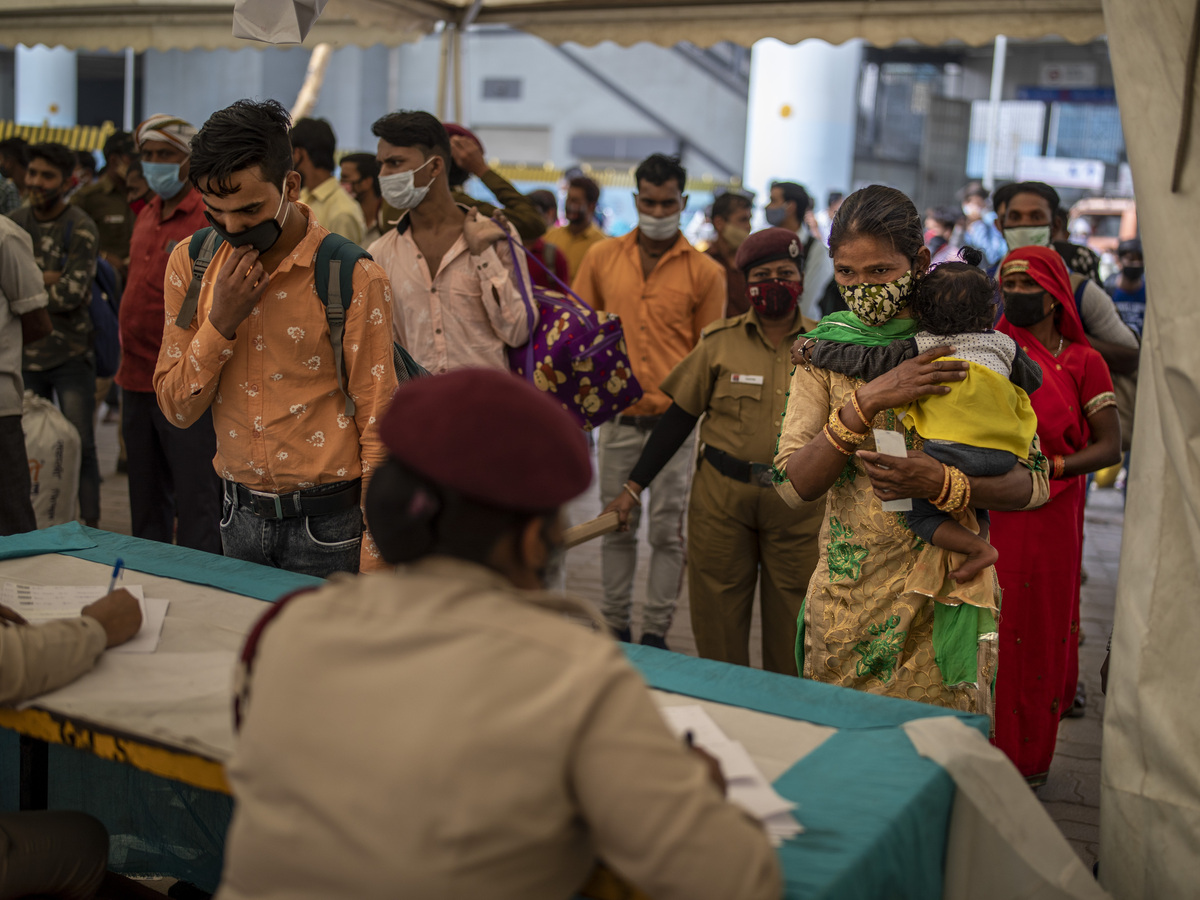 Passengers register at a counter before being tested for COVID-19 at a bus terminal on Wednesday in New Delhi.

India is seeing a substantial number of coronavirus variants. But it is unclear whether these are contributing to a new surge in cases there.

On Wednesday, India reported 47,262 new cases, the highest jump since November. Coronavirus-related fatalities are also increasing with 275 deaths reported on Wednesday, the most India has seen this year.

Several virus variants have appeared in thousands of samples collected across Indian states. Some of the samples have contained viruses with two concerning mutations, one first identified in the U.K. and another in South Africa.

Yet the ministry said that even though they’ve identified the “double mutant” variant, this and other variants “have not been detected in numbers sufficient to either establish or direct relationship or explain the rapid increase in cases in some states.”

The western Indian state of Maharashtra, home to the commercial capital Mumbai, is leading the surge and is responsible for more than 60% of new infections. On Wednesday, Mumbai reported more than 5,000 new cases, the most it has seen since the pandemic began.

The capital New Delhi is also experiencing an uptick in cases, and authorities there and in Mumbai have begun testing people randomly at airports, railway stations and crowded markets. In Mumbai, entry into shopping malls is prohibited unless visitors show a negative COVID-19 report.

Both cities have also banned celebrations of the upcoming Hindu festival of Holi, where people gather in large groups and smear colored powder on each other.

Authorities have also expressed concern about another Hindu gathering, the Kumbh Mela, held in the northern Indian town of Haridwar. It is expected to attract tens of millions of pilgrims from across the country and the government is urging local officials to ramp up testing.

Meanwhile, India has relaxed eligibility rules for coronavirus vaccinations. Starting in April, anyone who is 45 years of age or older will be allowed to get a coronavirus shot. India began its massive immunization campaign in mid-January starting with healthcare and frontline workers, followed by elderly people and people above 45 years of age with certain health conditions. Calls to open up the vaccination program to all adults have been growing, especially as cases rise.

Infections began climbing when the lockdown was lifted in June and reached a peak of nearly 100,000 cases a day last September. India has the third-highest coronavirus caseload in the world, after the United States and Brazil.

How to beat depressed debt returns via market-linked debentures?

Pfizer in talks with India to supply covid vaccines

5 things to know about the Astra vaccine

Manufacturing or high-tech? This is what India’s most prosperous states focus on

Are you sure want to cancel subscription?